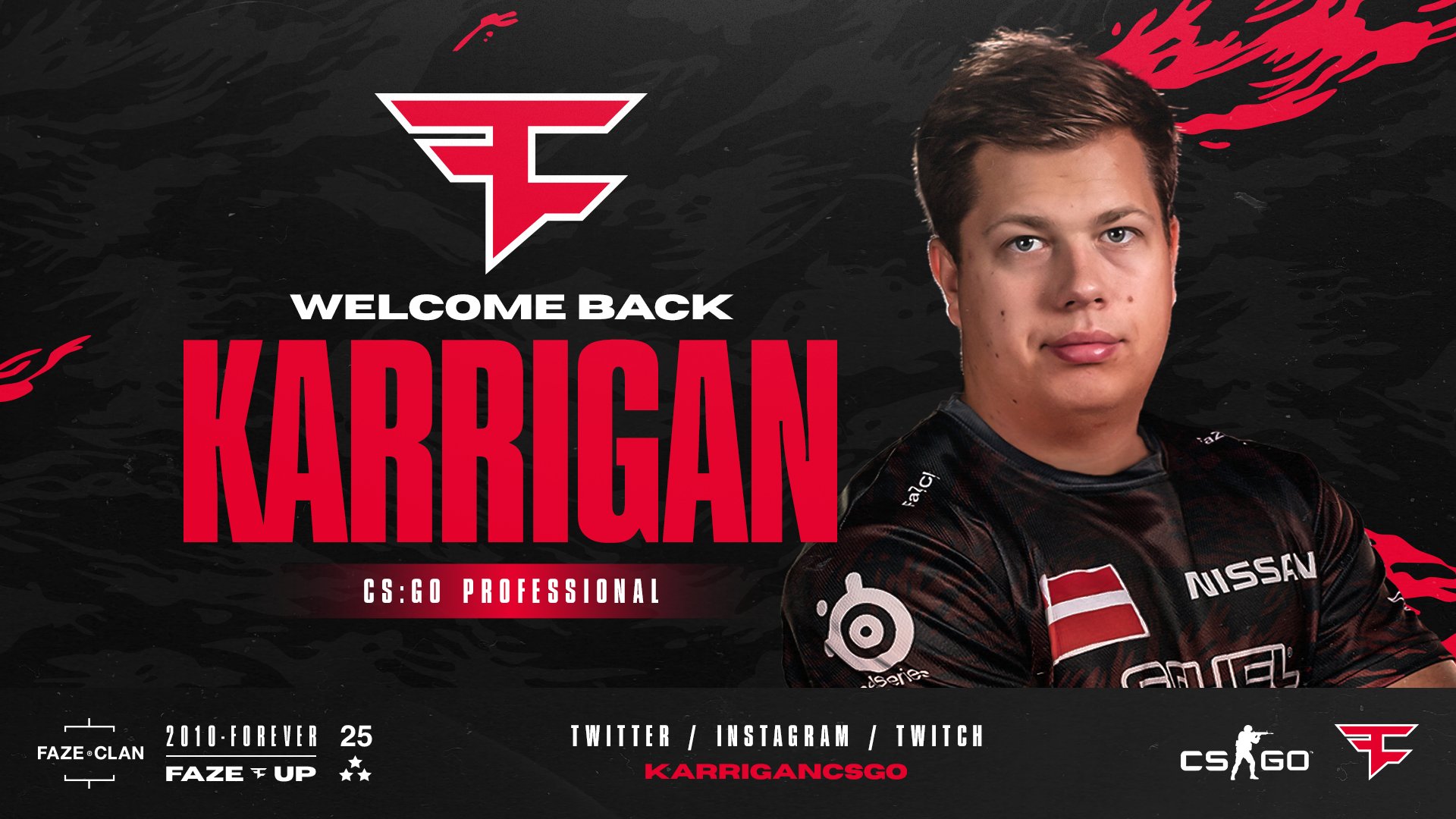 Finn “Karrigan” Anderson has been brought back to FaZe Clan’s Starting lineup, the European organization announced today.As reported earlier by TalkEsport and theclutch.com.br, Karrigan will represent FaZe Clan for yet another time after his two-year stint at the same from 2016-18.

This move has finally been confirmed after a long period of anticipation, previously discussed by David “Coldzera” Marcelo in the “Flow Podcast” where he acknowledged  Finn “⁠karrigan⁠” Anderson as one of the best in-game leaders across the globe. The 30-year-old Dane will now fill in the void left by Olof “⁠olofmeister⁠” Kajbjer who earlier today played his last tournament at the Blast Premier Spring series where he confirmed FaZe Clan their spot at the Spring Finals, to be held later in June 2021.Karrigan was previously moved to the bench at FaZe Clan in December 2018, two months before the IEM Katowice Major’19. He then went on to represent Team Envy at the Americas Minor where they were denied a spot at the major after they fell to North in the play-in. A month later, Mousesports overhauled their roster with three new players which did include Karrigan as their new in-game leader. Under Dane’s leadership, Mouz won their first-ever ESL Pro League title at the Season 10 finals soon followed by a triumph at Cs_summit 5.

Along with Karrigan’s signing, FaZe Clan had recently brought Russel “Twistzz” Van Dulken from Team Liquid which moved Kjaerbye to the bench. Robert “⁠RobbaN⁠” Dahlström is also expected to take up the head coach role at the same as his ban imposed by ESIC under the coaching bug situation now stands expired.  Do watch FaZe debut at the upcoming IEM Katowice event with their newly revamped roster and stay tuned at TalkEsport.

With this latest addition, FaZe Clan are now: